Joined Dec 15, 2009
·
6,688 Posts
On Friday, ESPN’s Ariel Helwani reported that he spoke to McGregor and the former UFC champion confirmed his “I accept” tweet was not targeted at Chimaev, but instead someone else. Helwani states that McGregor did not reveal who the message was meant for.


https://twitter.com/i/web/status/1289309039424188417
That has left MMA fans to draw their own conclusion. While that is typically an unpredictable and strange road to travel, McGregor helped fans out a little bit by tweeting “I accept” in Filipino. It could mean anything, but it does look like McGregor is hinting at a potential clash with Pacquiao.


https://twitter.com/i/web/status/1289317207160233984
This wouldn’t be the first time the former UFC champion has been linked to a potential clash with “Pac-Man.” Back in 2017, following McGregor’s boxing superfight with Floyd Mayweather Jr, Pacquiao stated that he was in talks for a bout with “Notorious.” The matchup never materialized and the two made headlines again earlier this year when McGregor suggested an offer to fight the former boxing champion was on the table.

In addition to all of the past rumors involving a potential superfight between the two, Pacquiao recently signed with McGregor’s management team, Paradigm Sports Management, earlier this year. That puts the two combat stars under the same roof and closer than ever to getting a potential deal done. 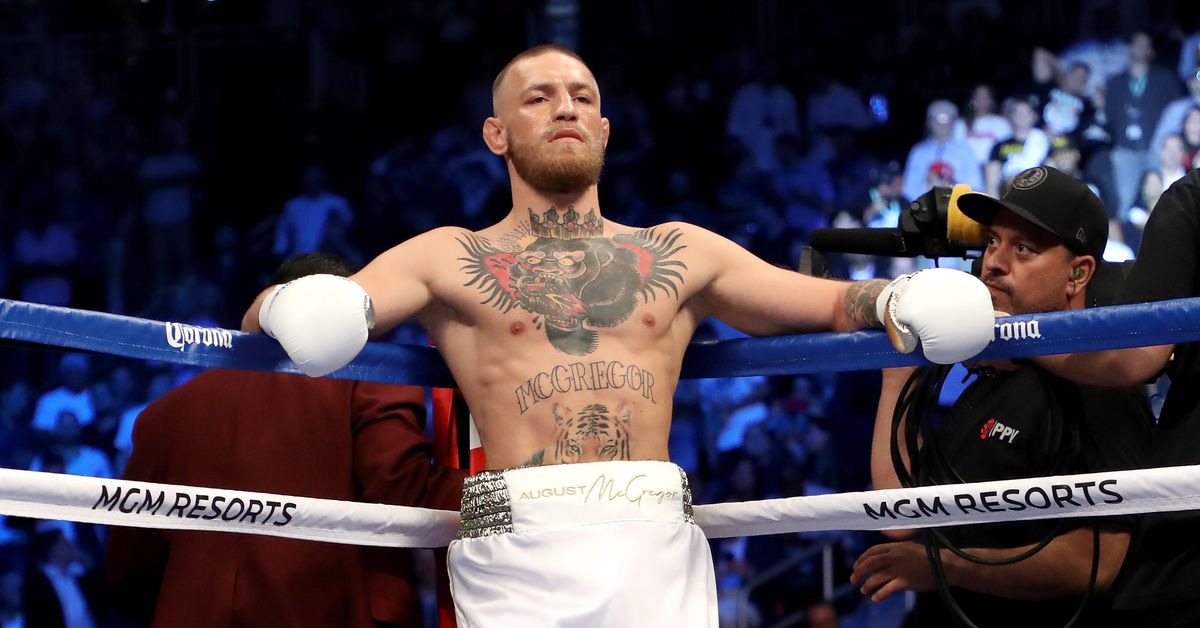 Former UFC champion Conor McGregor drops a clue that he may be interested in returning to the boxing ring against legendary fighter Manny Pacquiao.

Joined Jun 6, 2009
·
17,057 Posts
Conor is still technically under contract with the UFC so this would again require negotiation with the UFC for a co-promotion.

"Dana what do you think about Conor possibly fighting Manny Pacquiao next."

(I think he has bigger problems than worrying about Conor's next opponent.)

Joined Jun 6, 2009
·
17,057 Posts
Yeah he's worrying about hosting events to make sure the UFC fulfills its' broadcast deals. At this point he just needs to get as many fight events done as possible to fulfill the deal and the UFC will still get the money needed and make money. Also to hype things up for Venom.

Joined Jun 6, 2009
·
17,057 Posts
It was more like Gavin Newson strong arming Disney into giving ESPN orders to shut down the UFC events.

I hope people saw Gavin Newsom, disney and ESPN's true faces. And that they don't forget it.