Could the recent FTC ruling significantly alter the landscape of MMA? 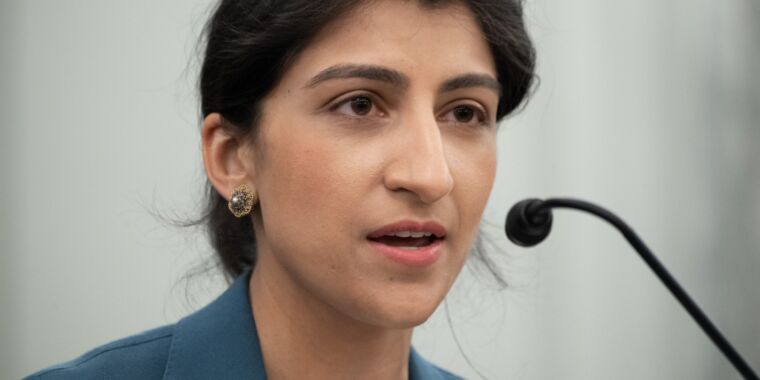 Noncompetes are "an unfair method of competition" and violate US law, FTC says.


Recently the FTC (federal trade commission) proposed banning noncompete clauses preventing employees from shopping for better job options when they were under contract.

This is similar to athletes under UFC contract being limited from competing under different promotions.

I am no lawyer but it seems to me that if noncompete clauses are banned, exclusive contracts used in WWE, boxing and MMA might also be banned under the same ruling.

Which could have an impact on how business is done.

· The Title Guy
Joined Jun 6, 2009
·
18,708 Posts
This may or may not be good for the industries that you mentioned because it would require promotions who engage in non-compete clauses to make sweet deals to their fighters if they get a good counter-offer. Also, I don't think it would get rid of exclusive contracts, just non-compete clauses which for some contracts means they can't sign or fight for a promotion for however amount of time after the conclusion of their contract. Examples, Brock Lesnar in his first WWE tenure had I think a two year non-compete pro wrestling clause which he beat in court to compete for New Japan. In MMA, Tito Ortiz shopped to Affliction, EliteXC and Strikeforce but couldn't actually sign with any of those promotions because of his non-compete clause in his contract. Another example of a non-compete clause in MMA would be Scott Coker who couldn't sign with Bellator after Strikeforce was folded because he had a non-compete clause. In several jurisdictions like California, there is no such thing as a non-compete clause and many states have them but enforcing them is extremely difficult. For example, there's a YouTube gaming channel called GirlsPlay who years ago had an issue when several of their former employees left and started posting videos when they were still within their non-compete clause time frame. The channel ended up taking the two of the former employees to court because there was an initial settlement that allowed them to start posting their own videos right away but the former employees didn't fulfill their end of the settlement.

kantowrestler said:
I don't think it would get rid of exclusive contracts
Click to expand...

Think of it this way.

The UFC and other MMA promotions currently sign athletes to multiple fight contracts, with negotiations currently occurring only when their contracts expire, at which time they become free agents.

Multiple fight contracts might be considered non compete clauses. As it creates a period of time where athletes cannot negotiate outside of contract. If this FTC proposal passes, it could mean that signing athletes to multiple fight deals is no longer legal.

Which would mean MMA athletes would become free agents who can compete wherever they want, whenever they want. The same might be said of pro wrestlers, boxers and professional athletes.

Some of the bad management deals athletes signed might also become null and void.

· The Title Guy
Joined Jun 6, 2009
·
18,708 Posts
That might work out in that regard, but it's also like how the Ali Act being extended to MMA might not work out in the long term.
1 - 4 of 4 Posts
About this Discussion
3 Replies
2 Participants
Last post:
kantowrestler 18 d ago
Mixed Martial Arts Forum
A mixed martial art forum community dedicated to the different arts of MMA. Come talk about UFC results, Bellator matches, The Ultimate Fighter and more!
Full Forum Listing
Explore Our Forums
UFC General MMA Discussion Training & Nutrition Sports Muay Thai Kickboxing