Though in the MMA world, Joe Rogan is largely seen as one of the chief commentators for the UFC, in reality, Rogan’s most successful business venture has been his podcast, The Joe Rogan Experience, which he has hosted for 11 years and has become one of the most popular podcasts in the world. And now, through a landmark deal with Spotify, Rogan is going to make a king’s ransom.

Yesterday, it was announced that Rogan will be moving his podcast exclusively to the Spotify platform, in a deal that is reportedly worth more than $100 million, per The Wall Street Journal. Rogan himself confirmed the move to Spotify with a statement released on his YouTube channel.

“Hello everybody! I have an announcement. The podcast is moving to Spotify. I signed a multi-year licensing agreement with Spotify that will start on September 1. Starting on September 1, the entire JRE library will be available on Spotify as well as all the other platform, then, somewhere around the end of the year, it will become exclusive to Spotify, including the video version of the podcast. It will be the exact same show. I am not going to be an employee of Spotify. We are going to be working with the same crew doing the exact same show, the only difference will be it will now be available on the largest audio platform in the world. Nothing else will change. It will be free. It will be free to you, you just have to go to Spotify to get it. We’re very excited to begin this new chapter of the JRE and I hope you’re there when we cross over. Thanks.”
Click to expand...

Rogan had reportedly been reluctant to host his podcast on the Spotify platform, citing superior revenue generation with other services. However, recently, Spotify has invested heavily in acquiring other media companies and podcasts, making a concerted effort to widen its scope beyond just a music streaming service. Spotify issued a press release yesterday, praising their new partner’s work and citing Rogan’s place in culture as a key factor in their interest in bringing him onto the platform.

“Since its launch in 2009, the pioneering Joe Rogan Experience (JRE) has broken ground and built one of the most loyal and engaged fan bases in the world. Rogan brings his sensibilities as a stand-up comic to the show, and alongside dynamic and diverse guests, he fearlessly broaches far-ranging topics including neuroscience, sports, comedy, health, infectious disease, and our ever-changing culture—all with a mix of curiosity and humor. . .

“Bringing the JRE to Spotify will mean that the platform’s more than 286 million active users will have access to one of culture’s leading voices.”

Rogan’s show will debut on the platform on September 1st, and become exclusive to Spotify sometime later this year. 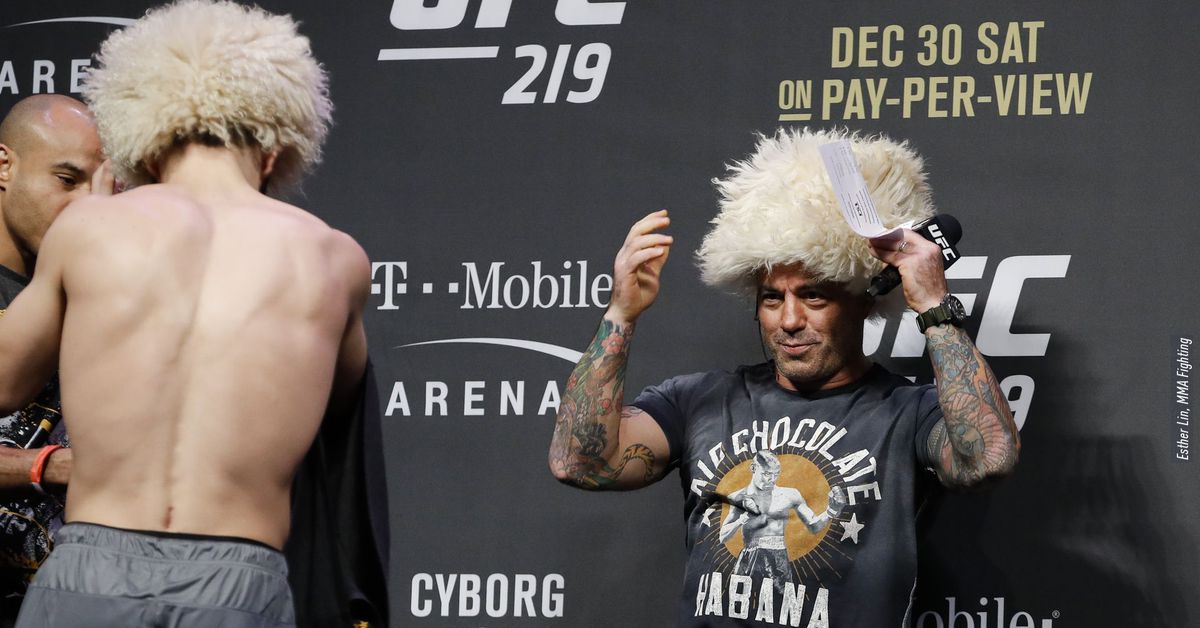 Joe Rogan signed one of the most lucrative deals in podcast history.


Some corporations that own spotify appear to have ties to china.

Whether or not it has an influence on Joe Rogan's podcast.

Joined Jun 6, 2009
·
16,901 Posts
I doubt that it'll have an effect because Joe Rogan usually says what's on his mind and it has gotten him in trouble with Dana White at times. However, Dana also knows how big Joe is which is why he's still in the UFC because he doesn't want him to go to Bellator.
► Show Full Signature
The Emoticon Guy

It is possible we'll witness something similar with Joe Rogan's podcast in the future.

It'll be a similar arrangement to the one disney has which forced ESPN to force the UFC to cancel its california events. How brutally obvious or stealthed the leverage spotify has in terms of exercising creative control will be interesting to see.

I posted this here around a month ago:

Not that it matters. They would have cracked down on Joe Rogan eventually due to them censoring every open forum and discussion venue they lack complete control over.
Click to expand...

There's no need for a crackdown anymore. They can exercise control through spotify. You could say people like me expected a crackdown or a buyout. Not because I'm smart. Its simply the way the world has worked over the past 50 years or so. Even though most don't realize it.
► Show Full Signature

Joined Jun 6, 2009
·
16,901 Posts
I've got a feeling that Joe is independent enough that he probably wouldn't bend the knee completely. Maybe he'll make concessions here and there but he won't give up his integrity completely the for the money. He's been tight enough with Dana White to where he's firm with the UFC and something tells me Joe is more important to spotify then SJWism.
► Show Full Signature
The Emoticon Guy

Joe Rogan's podcast will be the same. The question is whether or not anyone notices.
► Show Full Signature

Joined Jun 6, 2009
·
16,901 Posts
Yeah I noticed that the UFC was never an organization to celebrate pride month and this last pride month they did it including Amanda Nunes specific stuff. Though to be fair they aren't going onto a full on SJW bandwagon because I think they are smart enough to know that their core base still doesn't care about stuff like that.
► Show Full Signature
The Emoticon Guy

Over the long term, I want to pay less attention to MMA. This type of info isn't useful to me.
► Show Full Signature