Brazil has more than 12,200 confirmed cases of COVID-19 infection, and it now includes Bellator fighter Erick Silva and his family.

Silva opted to self-quarantine with his wife’s family at their beach house in March after most of the cities around the country started to impose lockdown measures and close non-essential services due to the new coronavirus pandemic.

His wife Isabela, who gave birth to their second son Carlos in late 2019, started to get sick days later.

“I was holding pads for her and she had headaches, she said she couldn’t move, that it hurt a lot,” Silva told MMA Fighting. “The next day, my 5-month-old son Carlos had fever too, 98.6 degrees.”

Carlos’ pediatrician advised them to administer Tylenol Baby and his temperature went down eventually. Days later, though, the entire family started to experience symptoms of the coronavirus, including Isabela’s parents. Outside of Silva’s older son Kalleu, no one else in the house could smell or taste anything for 10 days or more.

Silva only decided to test his 58-year-old father-in-law when he found out on the news that loss of smell and taste was one of the symptoms of the COVID-19.

“Our biggest concern was my father-in-law because he’s 58 and he has hypertension. We were all desperate,” Silva said. “That’s when we began to imagine that it could be COVID-19. We got desperate, everyone got nervous.”

Silva’s father-in-law was tested and the result came back positive. With the shortage of tests available in the country, the doctor told the MMA fighter it’s highly likely that he and his family likely have it too since they had been sharing a house for days, but couldn’t afford to get everyone tested.

Silva's sister-in-law has experienced shortness of breath for days, another common symptom of disease. Silva, who admits he was “a bit desperate” after he felt the same symptom, is the only member of the family that can feel taste and smell again after a period of 10 days.

“It all seems so distant from us, we kind of doubt it, we thought it wouldn’t happen to us,” Silva said. “We decided to isolate at the beach house and thought we would be safe there, but it ended up catching everyone. We have no idea how it got to us. … When I had shortness of breath on the eighth day, I admit I started to feel desperate. We started to think of a lot of bad things. This is not something I wish upon anyone because there’s nothing we can do.”

The virus is so new and doctors around the world discover new things every day, so Silva’s family will remain isolated at home even though there are early indications that one person cannot be infected twice by the virus.

The 170-pound fighter says he was negotiating his return to the Bellator cage for June after back-to-back losses in his first appearances in 2019, but now expects it to take a while since the promotion was forced to cancel multiple events due to the pandemic.

“I’m afraid to catch it again,” Silva said. “I’ll remain isolated so I don’t catch it again. If I catch it again, I’ll be afraid to feel the same shortest of breath again and get in a state of paranoia, wondering if I’ll wake up in the middle of the night and have to go to a hospital and be away from my family. A lot of bad things go through your mind.”
Click to expand...

“I know for a fact that it was the virus,” Gracie told MMA Fighting, revealing that his girlfriend and a woman that works for them and lives in her house also presented several symptoms of the COVID-19. “I had all the symptoms. I was weak, had fever, shortness of breath, coughing, pain all over the body and headache. I have no doubt I had it. I never felt that before.”

On the eighth day of high fever and other symptoms, the UFC and Strikeforce veteran “woke up worried and called the ambulance and decided to go to the hospital because I wasn’t feeling well.”

“Fever was gone and I thought I was getting better, but it came back even worse the day after,” he said. “I got really worried that day. I felt super bad, worse than before, so I called an ambulance. I had high fever for 10 days.”

The ex-fighter left his house and entered an ambulance, but was advised to stay at home unless he felt worse. Fever was gone two days later, and the coronavirus test Gracie bought online only arrived when he was already feeling better, so he asked for reimbursement.

With almost 100,000 confirmed coronavírus cases in the U.K. and more than 12,000 deaths caused by the disease, Gracie hopes people around the world give the health crisis the necessary attention and respect isolation measures.

“The last person I thought would get affected like that was me,” Gracie said. “I thought, ‘if I have it it’s going to be something softer,’ and all of a sudden I had high fever for many days. I wasn’t getting better, I didn’t get better. 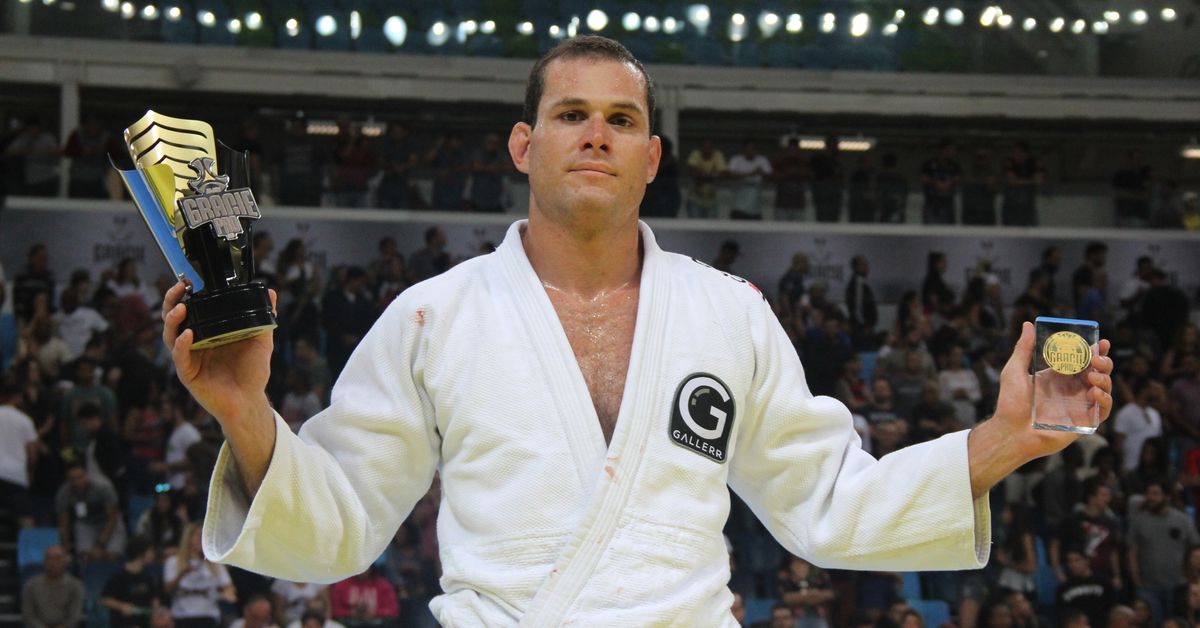 Overeem seems to be the only one who didn't have issues.

Which he attributes to his immune system boosting diet. OG diet ftw.

In February, Overeem said, he spent Chinese New Year in Thailand. Judging by those around him during his stay, Overeem said it’s likely he’s already had coronavirus. He credits his carefulness in maintaining his immune system throughout the years for his lack of intimidation of the virus.

“This is the time to eat healthy and be healthy, right?” Overeem said. “It’s very good for your immune system. As an athlete, I’ve been always very obsessed with health and the immune system. That’s why I’m not really afraid of the virus. I’ve probably already had it. I was in Thailand during Chinese New Year. It was flooded with the Chinese and some people who were close to me had symptoms. That’s what it’s like now in the whole coronavirus discussion.”

As someone who follows COVID-19 news closely, Overeem encouraged the public to use their time to better themselves. Reading and learning can help people make positive lifestyle adjustments, Overeem said.

“For your immune system, you should diet, eat to strengthen your immune system,” Overeem said. “Read some books. There’s a lot to learn about what to eat and what not to eat. There are a lot of foods people are eating that they do not realize is not healthy – and also combinations of food. People, you’ve got homework to do.”

A longtime UFC heavyweight, Overeem was scheduled to compete April 11 against Walt Harris at UFC on ESPN+ 30. However, the event was canceled due to coronavirus restrictions. It was then rescheduled for May 16 at UFC on ESPN+ 33. Shortly thereafter, the promotion announced all events would be postponed until further notice.

While he doesn’t know when and where the UFC will resume, Overeem expects to be on the promotion’s first card back.

“This will be not a couple of weeks. Maybe, four weeks. Maybe, six at the most. Then, it will start back up again. I think slowly. I think not immediately it’ll (get back) to the same as always. It has to start up. I think when it starts up, the UFC will be the first to hold an event. I expect to fight there.”

Tara Delarosa also had it but didn't go into much detail aside from saying she had it for a long time, couldn't get rid of it. And it 100% sucked.

Joined 8 mo ago
·
16 Posts
Such a horrible experience.

Joined Jun 6, 2009
·
17,317 Posts
This is the current world we live in. We are all effected whether directly or indirectly from this and in the case of Erick Silva he got it obviously. Dana wants to try and bring things back to normal by allowing fights and he's willing to create "Fight Island" to do it.

Joined Jun 6, 2009
·
17,317 Posts
My Mom recently pointed out that before crap hit the fan we all had something going around in our family so it's possible we already got COVID 19.

Kamaru Usman, Neil Magny, Tim Means, Anthony Rocco Martin and James Krause. For jiu-jitsu ace Sergio Moraes, dealing with the coronavirus infection was tougher than trading hands with any of those fighters in the octagon.

The former UFC welterweight is on the final stages of his recovery after testing positive for coronavirus in Sao Paulo, Brazil, and he’s warning everyone about the effects of the virus that has caused a global health crisis and more than 8,000 deaths in his home country.

“Man, it’s very difficult,” Moraes told MMA Fighting. “I never had such an aggressive opponent… I went to Sao Paulo to take care of my parents and they ended up taking care of me.”

The Ultimate Fighter Brazil 1 finalist started to feel symptoms of the disease in mid-April, so he stayed isolated in a separate room in the backyard of his father’s house. His friend Dr. Felipe Carnevale, who trains jiu-jitsu with him, took the fighter to the hospital to do exams and confirm the infection.

“The first four or five days, my doctor called and asked me to put on a mask and walk around the block to see if I would experience shortness of breath,” Moraes said. “I laughed. ‘Are you crazy? I’m an athlete my entire life, I have this disease for four days and you’re talking shortness of breath? You’re crazy.’ I hang up the phone, changed my clothes. I was already breathing heavy when I walked up the stairs. ‘My God, what is this?’ Man, I was so out of breath I had to sit down. I didn’t even walk around the block [laughs].”

Away from his family and isolated in a room, Moraes says it “felt like prison” to protect his parents from this “invisible” threat. A professional MMA fighter since 2006 and a jiu-jitsu competitor for much longer, Moraes says it’s “a disease that doesn’t stop.”

“I don’t think the media even says everything this disease causes,” Moraes said. “For some moments, if I know where was the off switch, ‘enough, no more,’ I would have pressed it. Man, it dominates you in such a way. The medicine are strong, you don’t want to eat and drink anything because of them. It really affects you. I was very concerned… Your hands are tied. You have to be strong, but you can’t.”

Moraes, 37, parted ways with the UFC after a third-round TKO defeat to James Krause last November, his third loss in a row in the octagon. A three-time IBJJF jiu-jitsu world champion as a black belt with UFC wins over the likes of Magny, Means and Ben Saunders, Moraes will focus on his career as a grappler moving forward, but isn’t ruling out returning to MMA for the right offer. 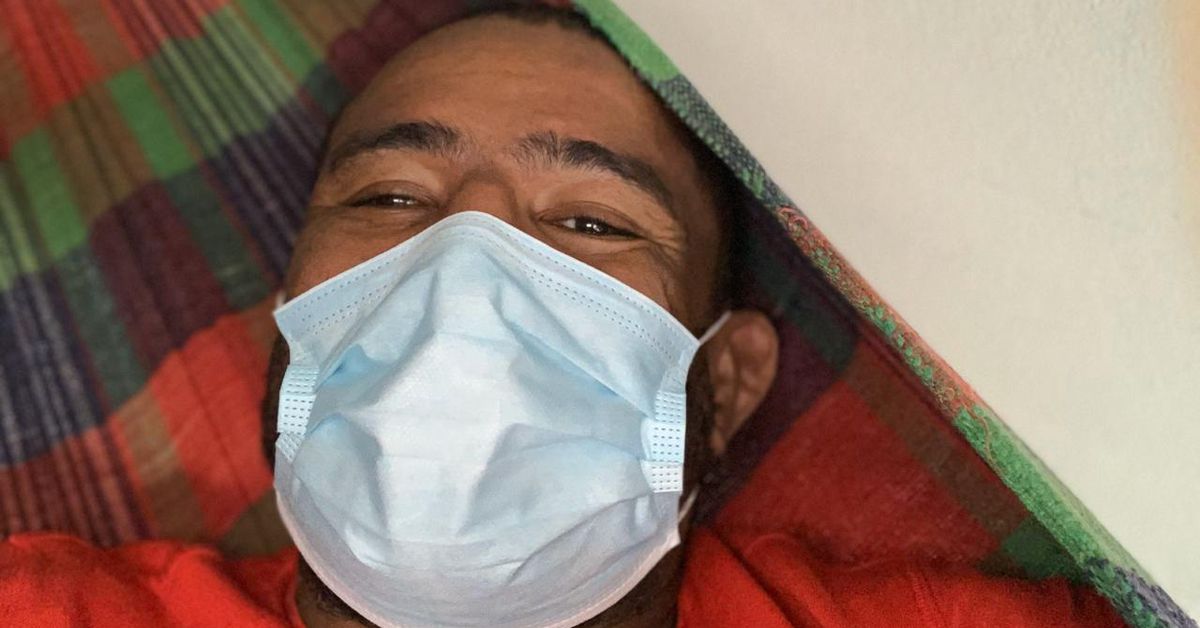 For Sergio Moraes, dealing with the coronavirus was tougher than trading hands with any fighter in the octagon.

Joined Jun 6, 2009
·
17,317 Posts
Michael Chiesa has said he won't fight until after the corona virus is handled. I can see where he's coming from but I still stand by the fact that this isn't as bad as it was originally made out to be.
L