Joined Dec 15, 2009
·
7,005 Posts
NEW YORK, May 7, 2020 : Chiliz ($CHZ: Binance), a leading fintech company in the sports space specialising in blockchain-based fan engagement together with UFC®, the world’s premier mixed martial arts (MMA) organisation, have announced an exclusive global partnership.
Chiliz offers blockchain-based fan engagement solutions for the sports & entertainment industry through their fan voting & rewards app Socios.com, which aims to create a closer connection between fans, their favourite teams, and their favourite athletes.
Socios.com has partnered with major soccer clubs including FC Barcelona, Juventus, Paris Saint-Germain, Atlético de Madrid, Galatasaray, AS Roma, CA Independiente and esports giants OG to produce club-branded digital assets known as Fan Tokens. Using Chiliz $CHZ, the cryptocurrency that powers Socios.com, Fan Tokens can be bought and sold via the app's Marketplace or via the world's first cryptocurrency exchange for sports & entertainment, Chiliz.net. Fan Tokens give the owner the right to vote in club-designated polls and earn once-in-a-lifetime experiences.
In the short term, the partnership will enable UFC to tap into a captive audience of enthusiastic sports fans from around the world, creating countless opportunities to grow their brand through promotional activity on the Socios.com platform.
The partnership will also enable UFC to capitalise on Chiliz fintech expertise in the sports space, creating further opportunities to grow the UFC brand and increase fan engagement through innovative blockchain, tech, and mobile app solutions.

All Fan Token holders, as well as those who own $CHZ, will be able to access UFC-related offers and rewards, including tickets to UFC events or pre-sale access to tickets through this partnership.
UFC has made MMA into one of the fastest growing sports in the world and counts in excess of 318 million fans across the globe. Their roster consists of the highest-level MMA athletes including Conor McGregor, Nate Diaz, Khabib Nuramagomedov, Holly Holm & Amanda Nunes.
Alexandre Dreyfus, CEO & Founder of Chiliz & Socios.com, said: “By partnering with Chiliz, UFC now has access to a captive audience of fans from some of the biggest sporting organisations on the planet, creating an unprecedented opportunity to attract new followers.
“This exciting partnership is the first major example of how we can use blockchain technology to create incredible engagement opportunities not only for our Fan Token partners, but for other leading enterprises, too.
“It’s also a major step forward in our evolution from pioneers in blockchain-based fan engagement to leading the march as a fintech company in the sports space.”
Nicholas Smith, UFC Vice President Global Partnerships, added: “Chiliz and Socios.com are industry leaders in blockchain based fan engagement and our two companies share a common philosophy to always ‘be first,’ so we are thrilled to begin this new partnership. UFC continually strives to enhance the fan experience and we are looking forward to working with the team on innovative and unique ways to achieve this goal.” 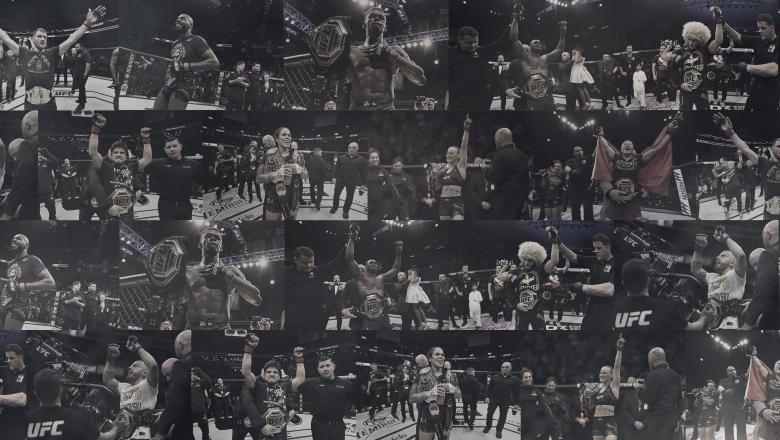 This could be HUGE.

Bigger and better than the reebok deal fo sho.

Too bad they couldn't finalize it sooner so that those who got in would benefit more from bitcoin's upcoming halving.

Joined Jun 6, 2009
·
17,412 Posts
This seems to be a trend where the UFC is constantly partnering with companies to make money on both ends.

I'm thinking this could replace the UFC websites fantasy sports program, which used to award prizes and giveaways. They have their own smartphone app. There's a lot of potential there. Whether or not they'll do a good job developing their platform, we'll see.

Bellator is partnering with dude wipes to help ensure people always have something to wipe their butts with.

Joined Jun 6, 2009
·
17,412 Posts
It seems like everyone is partnering with everything for something to gain.

Joined Dec 15, 2009
·
7,005 Posts
Partnering is easier and more rapid deployment oriented than spending years learning to expand into a new industry. Its like how most will hire a wrestling, kickboxing or BJJ coach to fill the gaps in their skill/knowledge. Rather than try to learn everything on their own from scratch.

If making money is the goal. MMA/UFC wouldn't be most peoples #1 choice. People who are all about money become lawyers, work in silicon valley, work on their start ups or investment portfolios. You don't see many of those types in MMA/UFC.

Joined Jun 6, 2009
·
17,412 Posts
That is true, most of the people with that forward thinking are on the higher end of income and intelligence in the MMA community. Most MMA community members don't think about things that way but it's also possible that we are talking about appealing to the casual fans.

While those with IQs of 250 are working as janitors earning minimum wage.

That's why when someone with a little bit of competence like Elon Musk gets involved in things, there is so much progress that can be made. Due to standards being low and the world being run by CEOs who aren't very smart at all.

Joined Jun 6, 2009
·
17,412 Posts
I think that's why CEOs and other rich people get a bad rap by workers who are campaigning for socialism. If the whole upper class was really like that then they might have a point except that there are a lot of entrepreneurs and philathropists in the upper class. Not to mention a lot of rich people are ironically enough socialists.

kantowrestler said:
I think that's why CEOs and other rich people get a bad rap by workers who are campaigning for socialism. If the whole upper class was really like that then they might have a point except that there are a lot of entrepreneurs and philathropists in the upper class. Not to mention a lot of rich people are ironically enough socialists.
Click to expand...

People aren't allowed to think about topics like socialism for themselves.

And when they do try they usually get it completely wrong.

Not knowing enough to properly put things into perspective.

Its one of those things where if people want to maintain freedom and rights, they need to educate themselves. Somehow that's the lowest priority on their list of things to do.

Joined Jun 6, 2009
·
17,412 Posts
Yeah they come hear other people talk about an idea not bothering to do the research on how something works like socialism. They also don't realize that if communists states didn't adjust their model like China or Vietnam, then they fail like ALL of the Soviet sponsored communist governments like the Soviet Union itself. Also other socialist governments are failing.

Joined Dec 15, 2009
·
7,005 Posts
The only generation old enough to remember what real socialism is really like, are currently in nursing homes.

And maybe people can see how that demographic is being treated.

Joined Dec 15, 2009
·
7,005 Posts
Sorry to hear that. That's not what I like to see at all. If there's a reason why I bother trying to be accurate and get to the bottom of things its to prevent things like that from happening.

The funny thing is, if someone ever succeeds in saying something intelligent or smart about socialism. The only people who listen to what they say are the socialists. So it is somewhat self defeating.

I would be interested in seeing people try to answer those questions.

Joined Jun 6, 2009
·
17,412 Posts
Well in the Soviet Union it was funded by Stalin knocking off banks (I'm not kidding on that) and it was motivated by the dissidents of the Czar government of Russia. As for who has been funding it that was the Soviet Union and at one point China but things have changed. I think the left business people are funding it to stay in favor of that movement.

Joined Dec 15, 2009
·
7,005 Posts
Stalin/Lenin in russia. Chairman Mao in china. Fidel Castro/Che Guevara in cuba. The Jong dynasty in north korea. Etcetera. All were funded by the same demographic.

People think socialism/communism is the path to a bright new world. In reality, its more like a hustle. A hustle so big most couldn't imagine it being possible.

Joined Jun 6, 2009
·
17,412 Posts
Yeah all one has to do is look at Venezuela to see how socialism works. They had some improvements in the beginning and things just went downhill from there. Like I said China has started making money because they started incorporating capitalist ideals whereas Cuba hasn't improved and the former Soviet countries are improving.

I always think the above could represent a blueprint of america's future.

If some have their way.

So strange to see so many enthusiastically throwing themselves in that direction.

Joined Jun 6, 2009
·
17,412 Posts
That's because some people want to be taken care of rather then having extra freedom. They'd rather give up their freedoms for what will be a short term fix rather then have freedom and their opposing ideology. The problem is they aren't learning from the examples of socialist countries.
1 - 20 of 29 Posts
Join the discussion
Continue with Facebook
Continue with Google
or sign up with email
About this Discussion
28 Replies
3 Participants
Last post:
Trix 8 d ago
Mixed Martial Arts Forum
A mixed martial art forum community dedicated to the different arts of MMA. Come talk about UFC results, Bellator matches, The Ultimate Fighter and more!
Full Forum Listing
Explore Our Forums
UFC General MMA Discussion Training & Nutrition Bellator MMA MMA Forum Fantasy Fight League (FFL)
Recommended Communities